World compound feed production is estimated at over one billion tonnes annually. Global commercial feed manufacturing generates an estimated annual turnover of over US $400 billion.

Today world compound feed production is estimated to be just over one billion tonnes annually. Global commercial feed manufacturing generates an estimated annual turnover of over US $400 billion.

The last years have continued to see an increase in the demand for animal protein worldwide, including for livestock, dairy and fish. Generally we have seen a growth of production particularly in the developing world, with the developed world remaining more or less stable.

The United Nations Food and Agriculture Organization (FAO) estimates that by 2050 the demand for food will grow by 60% and that between 2010 and 2050 production of animal proteins is expected to grow by around 1.7% per year, with meat production projected to rise by nearly 70%, aquaculture by 90% and dairy by 55%. This already marks a growth factor of almost two, however if we were to extrapolate the growth rates of the last forty years forward to 2050, this would in theory quadruple the needs.

Below you will find a selection of data for production of feed as well as livestock globally. These are estimates only and are meant to demonstrate global trends. For specific country and regional information please see the national and regional updates section of the IFIF Annual Report. 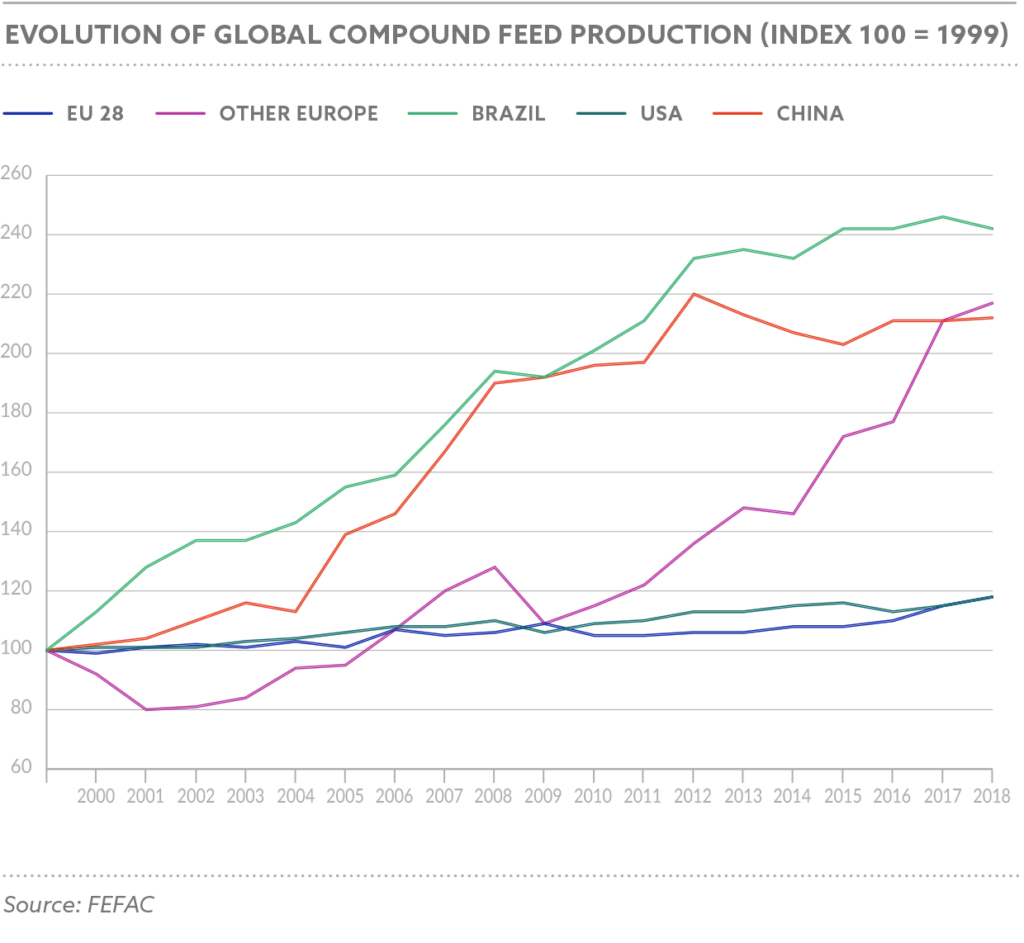 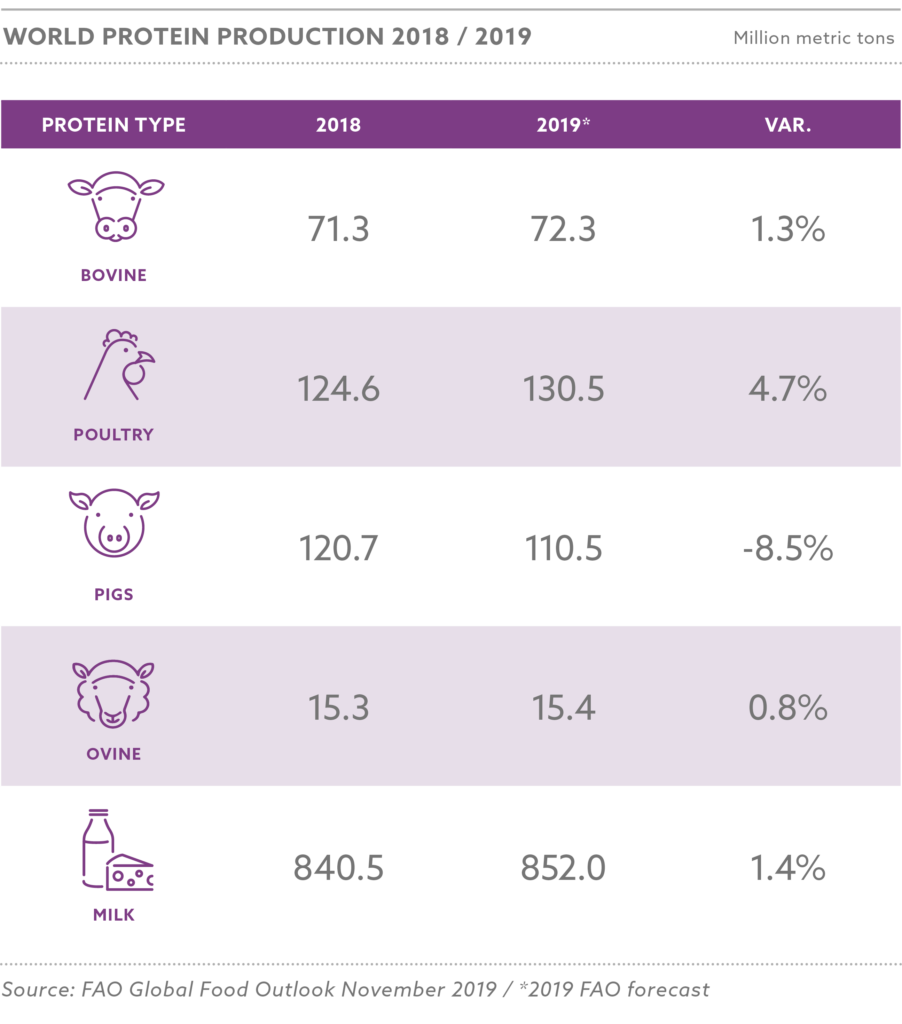 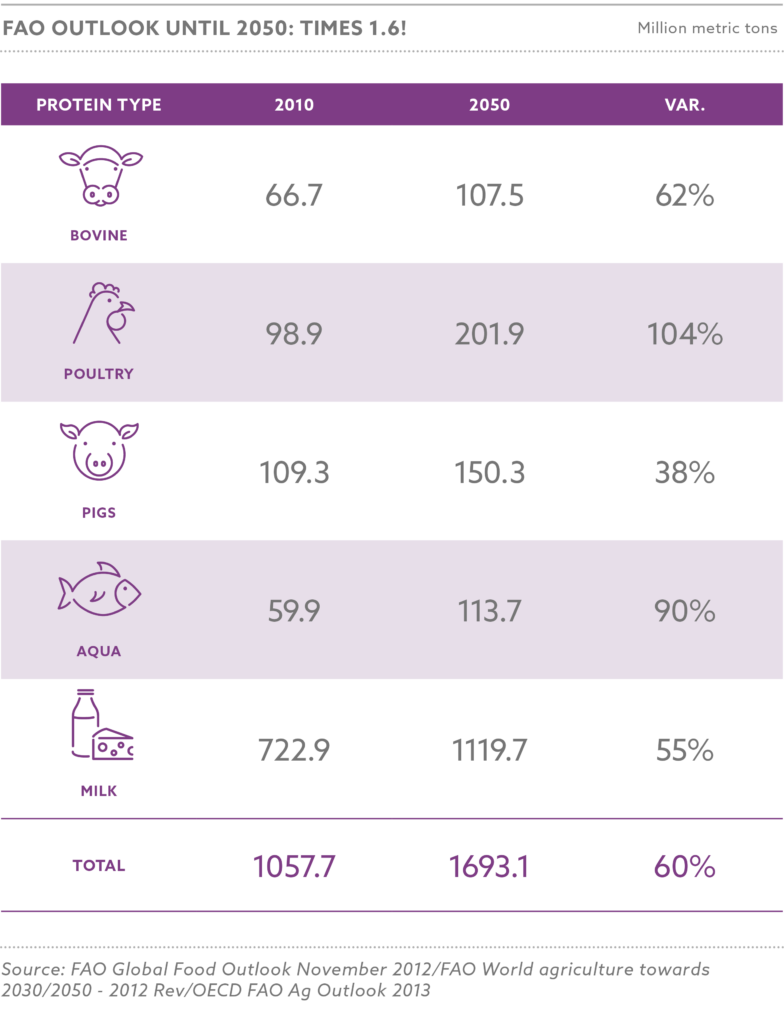